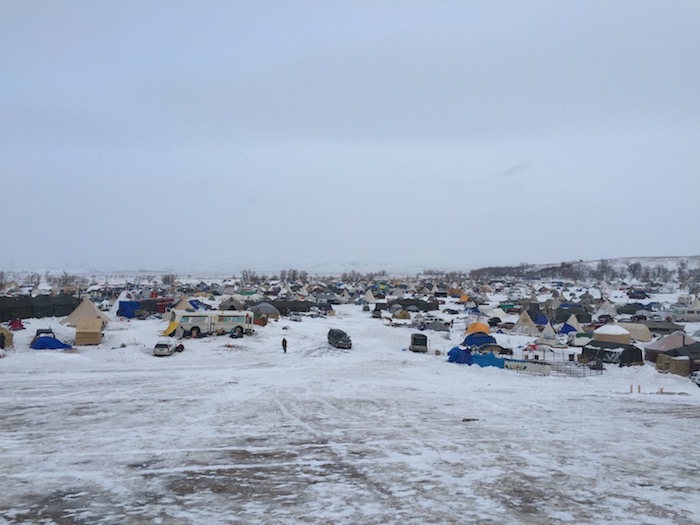 "Create those spaces and explore those questions:

What it means to have a dwindling amount of resources to exploit, and an ever growing population that has more needs and are learning to expect those needs to be met, when we know this is not possible"

This year one of the highlights of my reporter life came late - with the assignment to go to Standing Rock in North Dakota to tell stories from the camp of water protectors on a Sioux reservation. I landed in a blizzard and almost lost hope to ever make it to the tents along the Cannonball and Missouri rivers. It took the selfless help of several strangers to make this story happen. From the guys getting my car out of the snow and the lady sharing her hand warmers with me to Mixay Lay Vongnarath, a gentle soul who took me under his wings and to the camp. He also 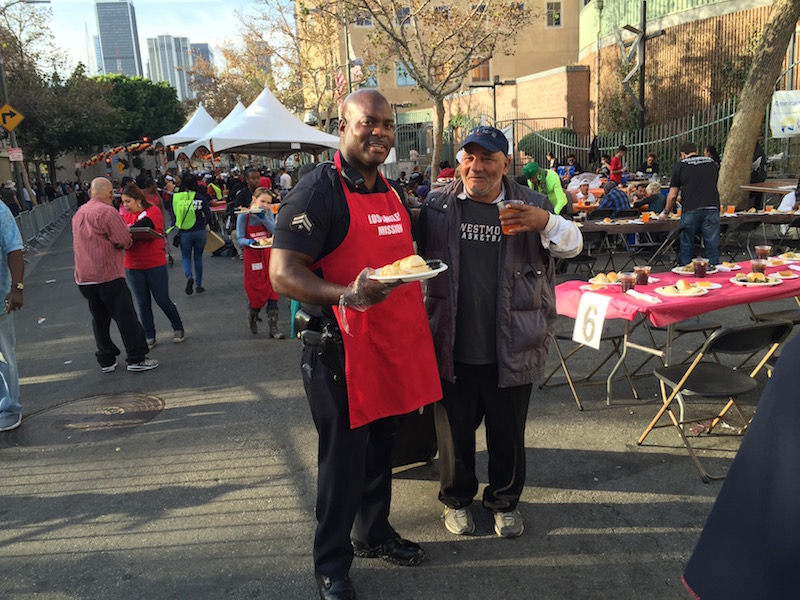 "We are changing. Put down your computers and talk with a cop.

You will find: we don't hate you."

Deon Joseph is an LAPD officer on Skid Row. In his early years he was known as 'Robocop' for his muscles and because he was arresting lots of people seemingly without a heart for the community. When the officer realized things did not change a lot, he "figuratively put down badge and gun" and started to talk more with the men and women he was there to serve and protect. I met him first at a vigil for 'Africa', an unarmed black man who had ben shot on Skid Row. My perspective was: this man's life could have been saved. Mingling at ease with homeless, church leaders and demonstraters, officer Joseph seemed to have an interesting point of view, but I never had the chance to talk with him. I went back to ask about police brutality and

"Lately everybody is talking about a black and a white America. Everytime racism raises its ugly head we have to stand up.

It's such bullshit. ... Diversity is the richness of life"

Seamus Conlen, photographer #WeAreOneVoice in an interview with soundslikerstin September 2016. Conlen started his 25 city-project of showing America's diversity in Venice Beach California. That's where I met him hard at work in his pop up outdoor photo studio. 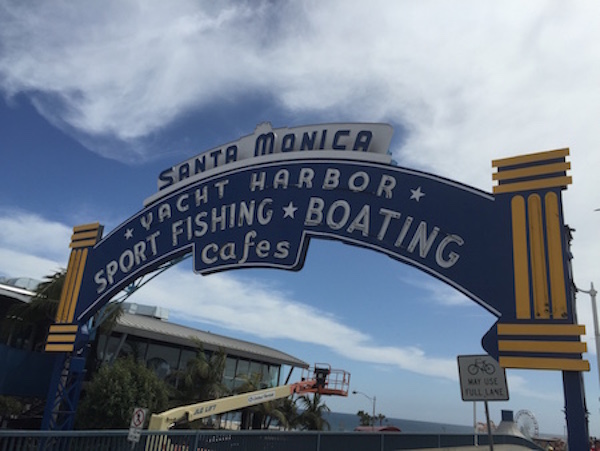 "Just twenty hours ago I was standing with my fake fur jacket in the slush of the smoking area at the airport of Berlin-Tegel.

The world should stop right now. The country-girl from Germany has made it to Los Angeles.

I would like to let go of a Tarzan-worthy scream."

13 years ago I arrived in Los Angeles for my new assignment as West coast correspondent for German public radio. A dream had come true. It hit me with the force of a baseball bat when I stepped off the plane: 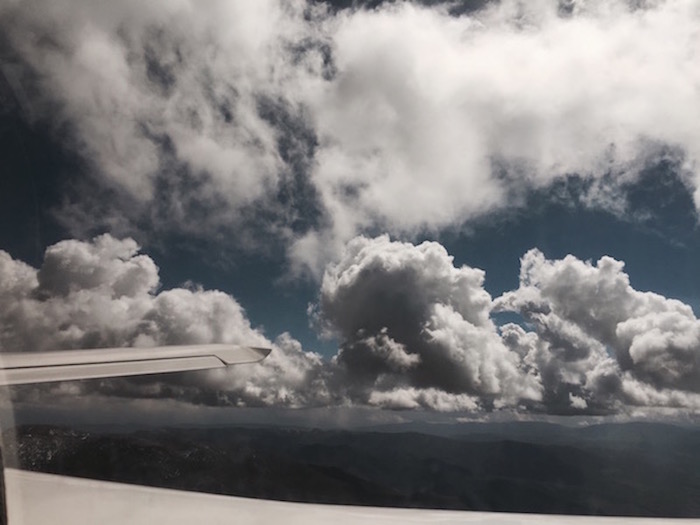 "Flying the space ship was the absolut highlight of my life. I had never seen a black sky in the middle of the day. Here I was, just a little old guy, born and raised in South Africa, didn't even go to university.

And I'm an astronaut now."

Mike Melvill talking to soundslikerstin about his flight into space 2004.

Mike Melvill has taken the little plane, he built with his wife Sally on a flight around the world. They still use it to fly cross country to visit family and friends or just to go on a little adventure. Mike was a test pilot for many years, risking his life flying the newest designs of unconventional aircrafts created by the team of Burt Rutan's Scaled Composits.

When I visited Mike I found him to be one of the most humble, kind and friendly people I ever interviewed. There were still sparkles in his eyes when he remembered his historic flight with Space Ship One, June 21, 2004.