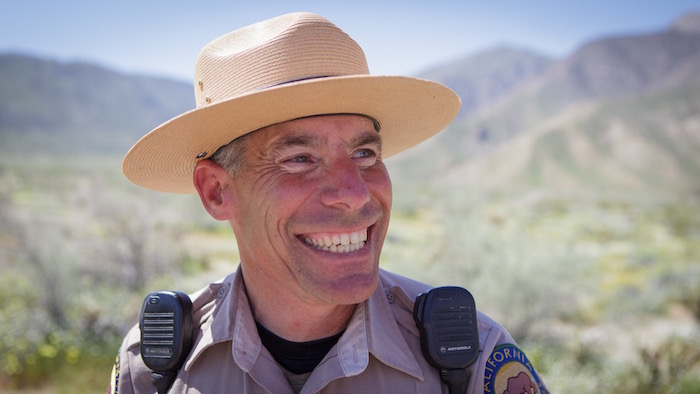 "You can fall in love with the desert which happened with me the first time I topped the rise of that hill. The view just goes on forever."

The first thing I saw was Steve Bier's wide, friendly smile under his big-rimmed ranger's hat. He stepped out of his truck, handing me a water bottle before shaking my hand. I had come to Borrego Springs to report about the record wildflower bloom for German public radio. I had not arranged for an interview with a ranger. Steve volunteered to give me the information I needed. I am sure thousands of tasks were waiting for him as visitors poured into Anza Borrego desert from all parts of the world. But Steve took his time, telling us the most wonderful stories about flowers, creatures, pollination and climate change while in between making sure an ambulance got to a stranded and dehydrated hiker in the nearby mountains.

While my friend and photographer Dirk Rohrbach took pictures, Steve talked to me about his love for the desert and why a city guy like him ended up in a remote place like this. 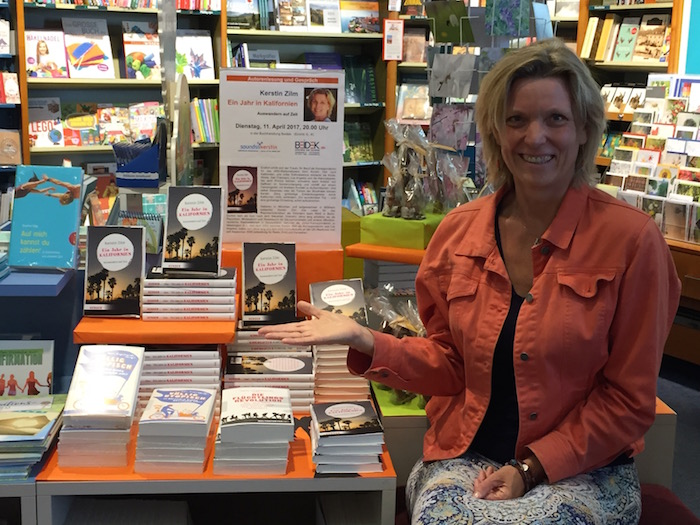 The local paper calls me a "writer and journalist, a woman from Müllheim who went into the wide world ... observing life in California."

But I have to admit: the journalist reviewing my reading in my former class mate's book store right in the heart of the small town where I grew up got it right. This insight comes as a surprise. If she is right, I am and do exactly what I wanted to be and do when I left Müllheim after graduating High School: go out into the world, explore, discover, observe and write about it.

Looking into the familiar faces of family, friends and teachers from school while reading from my book about California and talking about my life, I feel at home. Not only the friendly faces are comforting. On my trip I recognize sounds and smells and views and tastes from childhood and youth. 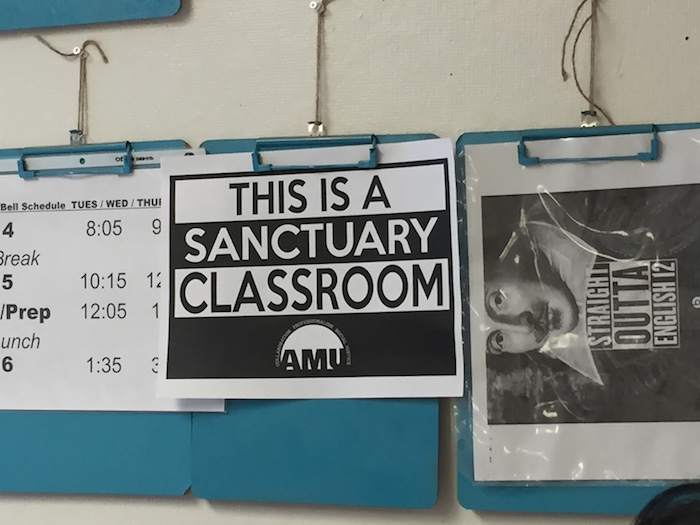 "The scary part is, hearing the door break and someone could come into my house and take me or my family away."

"I told my Mom and my stepdad to go to Mexico with my little brother and I stay, because I can look out for myself pretty well."

"That's what I always wanted to do: come to school and learn. And that somebody is now threatening for us to be sent back, that's the scary feeling."

Alain LeRoy Locke College Preparatory High School is a Sanctuary School in Watts. Many of the students come from families that have immigrated to the U.S. from Mexico and Central America. Not all of them have papers, some of their

"You sit there, sleepy eyes and sour coffee breath."

"Have you ever had someone tell you, you are ugly, you are not pretty? Lies."

"Next door there will be a church and the face of The Joker will be outside the church to scare zombie and creeper away."

"Blue nail polish is ignoring what other people think and staying true to yourself."

For a while I have been feeling the urge to "do something" instead of just reporting about people who do something. Finally the urge became too strong and I started volunteering at two non profit organizations only a bike ride away from my home. 826LA encourages students age 6 to 18 to write. The Mar Vista Art Walk creates a space for artists and community to celebrate creativity, love and respect for each other and the planet.

When I learned that the next Art Walk's theme was VOICES, I knew I was right at the seam of a match made in heaven: 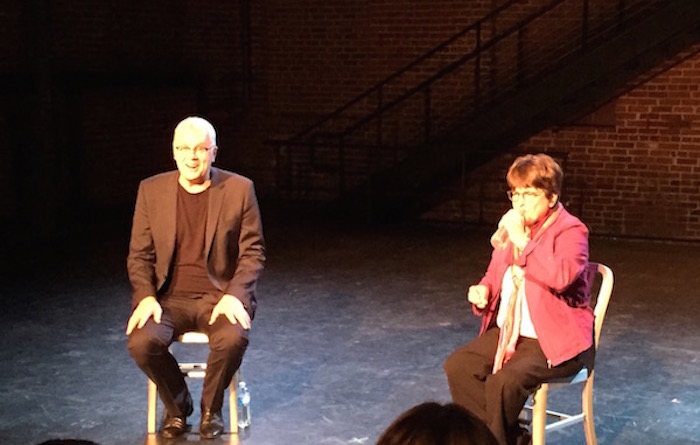 "We all have to understand, what was it in our own actions and culture that created Trump.

There was something wrong, something sick in our society.

My suspicion is, that we have lost a sense of moral code. It is a big problem and it has to do with us, all of us."

Tim Robbins, director, writer, actor, musician, founder and artistic director of the Actors' Gang in an interview with soundslikerstin

The Actors' Gang has been a beacon for social justice since Tim Robbins founded the small theater in Culver City 35 years ago. Just a week before Donald Trump's inauguration as new president of the United States, Robbins and his team started their new "Axis Mundi" series to foster civic engagement and social justice within the community.

The first evening was a dialogue between Tim Robbins and Sister Helen Prejean. She wrote the book "Dead Man Walking" describing her own experience with Death Row inmates. Robbins turned this book into a script and a movie with Susan Sarandon and Sean Penn as leading actors. This evening was about how we can create social justice in the current political landscape.